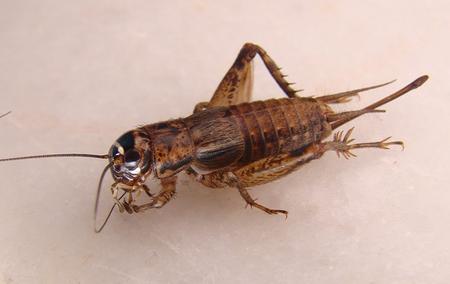 Sometimes crickets and cockroaches are discussed interchangeably because a few species of crickets look similar to roaches. However, they are not closely related at all, and for some, they provide a fun way of looking at insects. Crickets are most active in temperatures over 81°F, and in Oklahoma, that is fine summertime weather and the kind that makes you want to go out and enjoy the yard.

Like all insects, crickets are fascinating creatures with a close relationship with the earth around us. As Owasso pest control providers, we want to answer some common questions about the crickets found in Owasso.

Some crickets have wings they use to jump and maneuver. Often flight only happens during mating season, migration, and escaping danger; however, they don’t travel any impressive long distances because they cannot sustain flight for more than three feet. Besides traveling, winged species make music at night with their wings, and that’s why a group of crickets is called an orchestra.

Why Do Crickets Chirp?

Cricket chirps mean one thing: it is time for crickets to mate, and those high-pitched sounds are males trying to attract a female. This female insect chooses whom she breeds with, and in theory, the sweeter the song, the more enticed she will be. However, males also use their songs as musical battles asserting dominance over each other. Not all breeding crickets sound the same. The house cricket will chirp a monotonal tone all through the night, and unfortunately, earplugs and white noise don’t often do a great job at drowning out the sleep-disturbing sound. The bush cricket knows more chords and will take an intermission in concert in the middle of the night hours, primarily performing right after sunset and just before dawn. The creepy cave cricket and the spider cricket do not chirp, but they still make their presence known.

Why Are Crickets Making Noise At Night?

Crickets chirp and make noise due to activity at night because they are nocturnal. Cave crickets and spider crickets do not have wings, so they do not chirp; however, you can still hear their movements. Often, they will take a leap and bounce off furniture and walls and bump into each other all night. They aren’t usually sleep-disturbing pests like the house cricket, but they can frighten you when you least expect it!

What Can I Do To Remove The Crickets Hiding In My House?

There is a migration of crickets during their mating season. This event isn’t spectacular, unlike some grasshopper species that swarm the skies. Often cricket migration is unnoticeable unless you’re being deprived of sleep by crickets that chirp. However, their migration commonly leads to the same problems in the same places every year.

Mating crickets leave behind nests of eggs that produce hundreds of tiny baby crickets every year. An actively hatching cricket nest isn’t something one will easily forget. The kicker is it just happens in the springtime, and summer is when you want to prepare. Nearly a year in advance.

The annual cricket mating event happens during migration, starting in the late summer and lasting through early fall. It is a predictable time for many pest control service providers, but you can stay one step ahead. Here are a few steps you can take to cricket proof your home in the summer:

Here at Montgomery Exterminating, we like to stay one step ahead in prevention. But if you find yourself already among a cricket orchestra or have had a run-in with crickets and need assistance removing these pests, give us a call and get started on our effective home pest control and commercial exterminator services.