Home › Blog › Should I Be Concerned About Scorpions In My Tulsa Home?

Should I Be Concerned About Scorpions In My Tulsa Home? 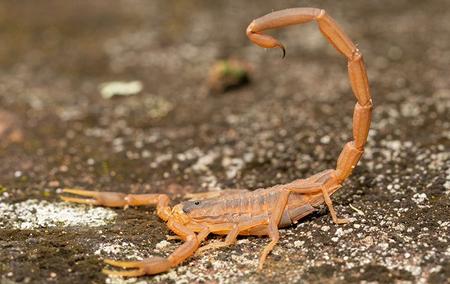 If you're like most people, the mention of scorpions probably sends shivers down your spine. These creatures are often feared for their threatening appearance and venomous stinger. While they may not be too familiar in Tulsa, it's still important to know how to deal with them if you come across one. Don't attempt to get rid of scorpions yourself - call for professional pest control in Tulsa instead. They know all about scorpions, including how to get rid of them quickly and safely.

While there are different types of scorpions, most are venomous and can be dangerous. Being stung by a scorpion is typically not life-threatening unless you're allergic to their venom. If you notice any swelling or pain after being stung, seek medical attention right away.

The most venomous scorpions include:

To correctly identify the different types of scorpions, consult a professional pest control company. They can help you identify the scorpion type that's plaguing your space and recommend the best course of action.

Why Do I Have Scorpions In My Home?

There are a few reasons why you may have scorpions in your home. This includes:

If you live in an area where scorpions are common, it's important to safely get rid of scorpions from your home. For this, call a professional pest control company if you notice scorpions in your home.

How Do I Remove Scorpions?

There are a few ways to get rid of scorpions:

While getting rid of scorpions may seem daunting, it's vital to take action if they've become a problem in your home. In the end, the best way to kill scorpions is by letting the pros take care of the job.

Is There A Way To Prevent Scorpions?

While there's no way to eradicate the threat of scorpions, you can take steps to prevent them from invading your home. At Montgomery Extermination, we know all about scorpions and the best way to kill scorpions humanely. Call to get a free quote and to schedule an inspection!