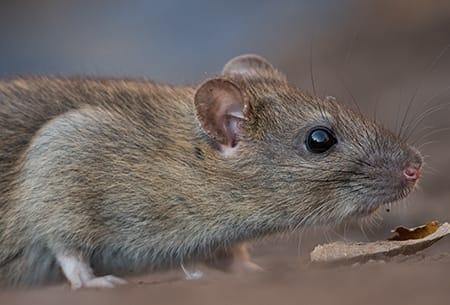 The sewer rat is more formally known as the Norway rat and commonly known as a brown rat. No matter what we call it, most of us don't want to encounter one in our Tulsa home. While a rare person might find the sewer rat cute and cuddly, even they will likely elicit screams of panic if they see one scurrying through their kitchen. Not only is the sight of them unsettling, but the diseases they carry should make our skin crawl. It's a good idea to take steps around your Tulsa home to prevent rodents like the sewer rat from getting in. Our extreme guide to the sewer rat should help.

Norway rats are usually medium brown with some stray black or dark brown hairs mixed in. Their underbellies are lighter in color than the rest of their bodies. One way to differentiate them from a roof rat is that their tail is shorter than their body and they have hairless ears.

Despite their name, Norway rats, are not in fact from Norway. However, they are believed to have come to the US from Asia on Norwegian ships which is where the confusion may lie. While these brown rats are adept at traveling through sewers and pipes, they can also climb, and yes, they can come up your toilet.

The Norway rat was often caught back in the 18th century and used for rat-bating, which was a sport where the rats were hunted and eaten by a Terrier and timed to see how long it took the dog to catch them all. It's believed that they were bred to be superior at eluding the dog and is the origin of how Norway rats became used as lab rats, being bred specifically for scientific reasons.

Rats love people and pet food. If you can eliminate their food source, they are not likely to make your home their own. Storing food, especially pet foods, grains, and meats, in airtight glass or metal containers, can help. Keeping trash stored in receptacles with tight-fitting lids is also essential. Examining your home for small openings is imperative because small rats can fit in openings only a quarter-inch in size, so sealing up cracks and crevices helps keep them out.

Norway rats carry diseases—many of which are deadly. They also carry fleas that may carry bubonic plague. They can spread salmonella and other bacteria in your home. Another danger is rats, like other rodents, gnaw continuously due to their ever-growing incisors which can lead to property damage.

Handling rats on your own can pose health risks. The safest way to rid your Tulsa home of sewer rats is to contact the professionals at Montgomery Exterminating.