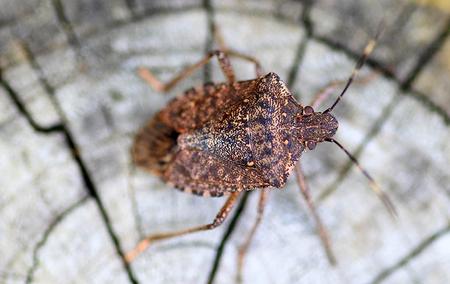 Some nuisance pests, ones that aren’t directly harmful to people, can still come with some big side effects. Stink bugs, known for their gross odors and docile nature, have become a blight on the land in the short time they’ve been in America. Knowing how to prevent and control their populations is a massive task that’s important for saving local economies and properties

Where & How To Spot Stink Bugs

Stink bugs are a small variety of beetle that’s originally from Asia. The first known cases of brown marmorated stink bug, the most common variety, happened just before the turn of the millennium. They’ve spread like wildfire ever since, becoming a common pest all over the continent. Because they aren’t native creatures, they have few natural predators here, and their stinky defense mechanism makes birds and lizards think twice about eating them. While many people often only encounter them in gardens and parks, stink bug populations can wreak havoc on agricultural industries and decorative gardens.

Here’s how to spot them:

Stink bugs aren’t considered dangerous to people or animals, but they are more than just a smelly nuisance. They are a blight on crops, able to completely kill off orchards and wheat fields. When their populations thrive, they can lead to the loss of millions of dollars and dozens of local and regional businesses that rely on agriculture. This is why controlling their populations is a matter of more than just avoiding unsightly or odorous pests, it’s about saving property and livelihoods.

The best way to curb stink bugs on your property is to take steps early on to reduce the things that attract them. Here are some of the easy, practical steps you can take to decrease the likelihood of stink bugs:

For The Best Solutions, Trust Montgomery

Whether you’re worried about their smell or their destructive diets, stink bugs aren’t a pest that you should take chances with. One thriving stink bug population leads to more outbreaks, which damages the local economy. While prevention steps can help you stay ahead of an infestation, only professional assistance can truly account for all the pests that might invade your property. At Montgomery Exterminating, our friendly staff can give you even more helpful tips to keep stink bugs away. We can also get started on a thorough inspection and treatment of your yard, to make sure that pest populations never get started in the first place.

Don’t let stink bugs become a smelly nuisance or a destructive blight on your community. Contact Montgomery Exterminating right away for superior protection.